This week 9 Core Realty, SWFL’s all access land investment firm, has released a newly listed Featured Lot of the Week. This plot located in picturesque Port Charlotte, FL is a wonderful addition to any investment portfolio or the perfect SWFL home site for your family or retirement dream home. The Featured lot of Port Charlotte Land is located at 2095 Meetze Street, Port Charlotte, Fl 33953 is a steal listed at only $3500.00. Plots of equal comparison in the area are selling for double these prices.

Found along Florida’s welcoming Gulf Coast, Port Charlotte is located about halfway between Sarasota and Fort Myers, perfectly positioned to offer every manner of water activities. It has more than 165 miles of waterways, providing access to Charlotte Harbor and the Gulf of Mexico and many more miles of natural shoreline bordering Charlotte Harbor and the Peace and Myakka rivers. But that’s not all. Seven of the 21 golf courses located in Charlotte County are found in Port Charlotte. Charlotte Sports Park is home to spring training for the Tampa Bay Rays. Tippecanoe Environmental Park offers hiking trails and wildlife viewing through 380 acres of scrub and pine flat-woods.

To learn more about this plot or any of The 9 Core Realty’s large inventories of Cape Coral, North Port and Port Charlotte land lots, contact a member of our qualified team at (239) 333-2221. 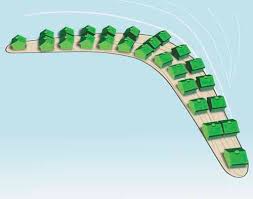 Southwest Florida is number two in the country for “boomerang buyers”, people who blew up their credit with foreclosures in the housing crash but now are starting to regain their homebuying abilities, according to a study recently release by RealtyTrac.

Between now and 2022, boomerangs will be 21.4 percent of the number of housing units here: potentially 79,216 home buyers, the Irvine, Calif.-based real estate data company said.

That’s second only to 26.3 percent for Las Vegas, which during the home price implosion that started in 2006 was often neck and neck with this area in foreclosure statistics.

Generally, the boomerangs are making wiser home-buying choices than they did in the past, although debt to ratio seems to be the largest issue for the group when attempting to procure a home loan.
Not all the foreclosures in this area will necessarily translate into new local homebuyers in the future. The first three years were heavily non-homesteaded and predominantly from out of state. Additional measures such as owner financed land have helped spur this type of buyer in the SWFL market.

The buyers and investment real estate seekers would buy three houses at a time with the plan of getting rich flipping them.
Area marketing insiders predict the boomerangs coming back will add a welcome depth to the local home-buying market. Right now the housing recovery has been fueled by baby boomers with good credit and lots of equity, but it’s been mainly the blue chip buyer who’s brought the market back from the abyss.

Now the market will begin to be fueled by people who were in their 20s or maybe early 30s in 2005, 2006, who got an easy loan and lost the house. They’ve got a willingness to buy again, but they’re afraid because of what happened.

They’ll eventually be followed by so-called millennials, people who are in their 20s now but haven’t embraced homeownership in great numbers yet. That won’t happen for awhile but in three to five years it could be quite a phenomenon.

To learn everything you need to know about the SWFL and Cape Coral land scene, contact a member of the Gratia Group at (239) 333-2221.

The Gratia Group Featured Lot of the Week is a large 9,600 square foot lot located in historic Inverness, Florida. This perfect Florida land investment is located at 3913 E Walker Street Inverness, Fl 34453. Listed for only $2500.00 this lot is priced to sell to a land investor, developer or those seeking the perfect Florida home site in paradise.

Race fans will love Inverness, home of the Citrus County Speedway and its figure-eight race course. The Citrus County city, which is about 40 miles southwest of Ocala, also offers a golf and country club, as well as Fort Cooper State Park. Bordered by forests and lakes, the area’s natural resources have been protected and managed to provide a wealth of outdoor opportunities for residents to enjoy. 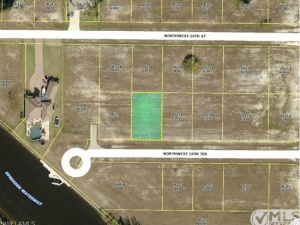 Gratia Group, Florida land sales expert has released a new Featured Lot of the Week.  Listed for only $19,900, the Featured Lot of the Week would be a great addition to any investment portfolio or the perfect lot to use for a Florida dream home site.  Located at 4119 NW 19th Terrace in sunny Cape Coral, Fl (33993) this lot is located in a quiet neighborhood with many available lots for sale.

Investors have found great success in Cape Coral, particularly the northern section of the largest city in Southwest Florida.  A hot spot for boaters, golfers, fishing enthusiasts and those that love the natural beauty of South Florida, Cape Coral is home to a large population of foreign investors.  Don’t miss out on owning a piece of paradise!

Contact Gratia Group today to find out about these ROI producing Cape Coral lots or others in our land catalog by calling a member of the expert land team at (239) 333-2221. 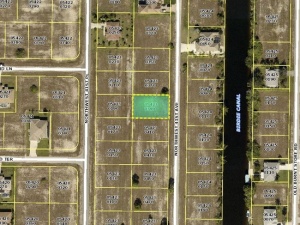 SWFL land expert, Gratia Group’s new Featured Lot of the Week appeals to both those seeking the perfect home site to build your Florida dream home and investors looking to cash in on the lucrative Cape Coral land scene.  The featured lot is located in the popular Northwest section of Cape Coral at 3238 NW 41st Ave, 33993.  This lot is the perfect addition to any investment portfolio and is listed for only $12,000.

Renowned Gulf Coast beaches, verdant golf courses and family attractions like the popular Sun Splash Waterpark make Cape Coral an appealing place to call home.  Located near Fort Myers and within sight of the glimmering Gulf of Mexico, Cape Coral is a vibrant and friendly community with all they beauty that you can expect from SWFL.  With more than 400 miles of canals, boating, fishing and water sports are a significant enhancement to the quality of life.  And don’t forget the golf courses, tennis courts, athletic parks and nature preserves.

This week the Gratia Group proudly announces the release of a wonderful investment lot or home site in NW Cape Coral.  The Gratia Group Featured Lot of the Week features country living while still being in close proximity to shopping, schools and community locations like parks and libraries.  The lot for sale is located at 3511 Delilah Drive Cape Coral, FL 33993. Listed for only $27,900, this cul-de-sac lot will surely sell fast!

To learn more about this Cape Coral lot for sale or any of our Featured Lots of the Week, contact a member of the Gratia Group team at (239) 333-2221.

Boat enthusiasts are sure to love the Gratia Group Featured Lot of the Week, a beautiful Florida lot with sailboat and gulf access.  Located at 3428 Santa Clara Drive in Punta Gorda, Florida this lot also offers river and harbor access, giving boaters access to virtually every type of waterway in the city. Listed at only $55,000 this lot is located in the popular Harbour Heights area of Punta Gorda.

Harbour Heights is a cozy community nestled along the Peace River in Charlotte County, Florida.  This secluded community is particularly attractive to retirees and Baby Boomers.  With fewer than 3,000 residents, the community has the feel of a small town, where everyone knows their neighbors.  Enjoy the Florida outdoors under shady old oak trees at Harbour Heights Park, which has a boat ramp, fishing pier on the Peace River, picnic tables and barbeque grills, basketball, tennis and shuffleboard courts.  There are numerous public golf courses nearby, and the community park provides a tranquil place to relax.  Here the Harbour Heights Horticultural Society thrives, and the Women’s Club and Civic Association sponsor town events.  The nearby Deep Creek elementary school and park playground attract families and children.

The weather is always beautiful, and naturalists and bird enthusiasts abound, reveling in the Florida landscape, and the local bird sanctuary.  Whether you long for a view of the mangrove islands or a glimpse of an egret, dolphin or manatee, you are never far from the water.  Here you can canoe and fish to your heart’s content.  You can enjoy the nearby convenience of I-75, the Fort Myers airport, and Port Charlotte and Punta Gorda, where you will find restaurants, schools, entertainment, medical facilities, and grocery stores.

To learn more about the Gratia Group Featured Lot of the Week or any of our many land and lots for sale throughout South Florida, contact a member of the Gratia Group Land Team at (239) 333-2221.

Gratia Group’s Featured Lot of the Week is a lot that is sure to be put under contract quickly, a gorgeous piece of land in the popular NE region of Cape Coral.  The Cape Coral land is located on a freshwater canal perfect for boaters looking to invest in a slice of Florida’s paradise.  Located at 2417 NE 19th Ave. Cape Coral, FL 33909 this lot package of the week is a steal at $12.500. Please keep in mind this Cape Coral lot is a short sale subject to lenders approval.  Please allow additional time for acceptance and closing.  A beautiful Cape Coral lot close to schools and shopping, it is appropriate for both a home site or as an addition to an investment portfolio.

Come invest in one of the hottest areas of Florida, Lee County.  The region is best known for world-class fishing, beaches and a warm sunny tropical lifestyle.  Cape Coral is a large family oriented community just minutes away from Fort Myers that offers beautiful parks and a wonderful school system.

To learn more about this lot or others in our land catalogue, contact a member of the Gratia Group land sales team at (239) 333-2221.

This week’s Gratia Group Featured lot of the week, is a great home site in the desirable NW region of Cape Coral.  This is a stunning Gulf Access Cape Coral land lot, and is in very high demand!  This awesome Gulf access lot is listed at only $52,000 and is going to sell quickly with more and more investors invading the Cape Coral land market.

Investors have found great success in purchasing Cape Coral lots, particularly in the northern section of the largest city in Southwest Florida.  A hot spot for boaters, golfers, fishing enthusiasts and those that love the natural beauty of South Florida, Cape Coral is home to a large population of foreign investors.  Don’t miss out on owning a piece of paradise!

To learn more about the Gratia Group Featured Lot Package of the Week or any of our lot and land listings in Cape Coral and other hot SWFL cities and towns, contact a member of our land sales team at (239) 333-2221.

This week Gratia Group is excited to announce a newly listed Featured Lot Package of the Week, a great deal in Port Charlotte, Fl.  Located at 2102 Tea Street, Port Charlotte, FL 33948 this undeveloped Port Charlotte land for sale is a perfect find for an investor wanting to build their real estate portfolio.  Listed at only $34,000 this lot is sure to sell fast.

The zone on the Gulf of Mexico from Venice to Port Charlotte is world famous for its fishing, beaches and beautiful climate.  Now it is also one of the best places in the US to find profitable land and waterfront property investment opportunities.  The real estate market meltdown is over and land prices have started to rise quickly after reaching bargain levels across the board, usually down 60% to 90% since August 2005.  Home prices are moving up and home inventories very low, at seller’s market levels.  The Port Charlotte land market has also seen a great upswing.