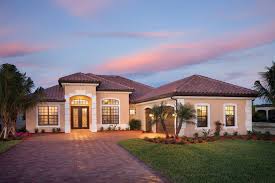 The dollar amount of that international investment in home and condominium purchases continues to skyrocket, rising in the 12 months ending in July 2017 at $24.2 billion, some $5 billion more than the previous year, according to a report from the Florida Realtors trade group.

Within the state, the annual study put the Miami-Fort Lauderdale-West Palm Beach statistical was in a very strong first place, with a 52.6 percent market share, up a half percentage point from last year.

Orlando-Kissimmee-Sanford was a distant second place at 10.8 percent, down from 11.5 percent year over year, according to the survey conducted by the National Association of Realtors for the state organization.

North Port-Sarasota-Bradenton’s market share was 4.7 percent, 1.5 percentage points above last year. The Punta Gorda statistical area rose a smidgen to 1 percent, landing in 12th place, while The Villages, the huge master-planned community south of Ocala, was in 20th, stuck at 0.1 percent.

The Realtors report credits Latin American and Caribbean residents with the largest portion of Florida foreign buyers at 34 percent, down from 39 percent the previous year. Canadian buyers increased to 22 percent, from 19 percent in 2016. Other countries remained consistent year-to-year: Europeans were unchanged at 23 percent; Asians were 10 percent; and African buyers were 1 percent.

Of the total international buyers in North Port-Sarasota-Bradenton, 37 percent hailed from Europe and 36 percent from Canada.

To learn more about investing in Florida real estate, contact a member of the 9 Core Realty team!