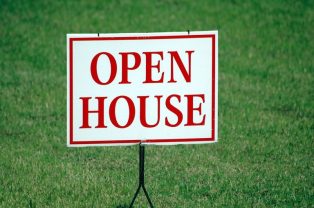 Are you an investor who’s considering buying a house in Florida? Wondering where your money would yield the highest return?

According to ReviewHomeWarranties.com, Florida is indeed a great place to invest in based on last years’ statistics, in general. Still, it really depends on the type of house/condo you buy and in which city. They recommend some research prior to investing.

Here are some facts to get you started

real estate2017 proves to be another strong year for the American economy. In spite of doom and gloom prophecies after president Trump’s election, the economy has been doing better than ever. The S&P has gained more than 250 points since January, and the real estate market has gained an incredible 6.9% .

The question is how did the Florida housing market fare this year? Was it up to par or better than the national real estate averages? Would buying a house at the beginning of the year have been a better investment than others?

Based on a survey conducted on the Miami Herald less than 3 months ago, Miami properties are gaining modestly. Most people believe that we are currently in the middle of a property cycle, but are seeing uptick of interest in buying versus rent which can indicate prices are not stopping anytime soon.

In addition to that, the article indicates that more than a third of the buyers last year are foreign, which beats the national average by a lot. Real-time data from Zillow tells us the people who were surveyed had the right idea about the Miami real-estate market. It has been gaining very modestly in comparison to the national average – only 1.9% this year.

The Sun Sentinel reports a completely different situation particularly in South Florida. The newspapers’ experts are concerned with  thousands of high end condos and high end single family homes built in the South Florida region which are driving prices down. That concern is spot on, since prices are starting to decrease significantly after reaching a peak in mid-year in Palm Beach.

The average price now for a single-family home is only $4,000 higher than it was in January 2017. Between January and May, single family homes have increased by $11,000, but dropped $7,000 in the following three months. The trend is unique to single family homes, but other high-end condos in Palm Beach have also shown stagnation in 2017 (those peaked earlier in the year and have shown a huge dip in mid-year to recover back to January’s prices in August).

In Tampa, it seems like the biggest upward trend was at around Nov-Dec 2016, and since then there has been somewhat of a stagnation in prices, especially in top-tier assets, but low-tier assets have gained tremendously each and every month this year. From an average of less than $90,000 for a low-tier asset in Tampa, prices have surpassed the $102,000 mark, an increase of more than 11.5%.

Overall, Florida property moved up 8.5% on average this year, and in particular sectors like single-family homes or low-tier houses in Tampa, which have beat the stock market and the national real estate average. Some areas, particularly Palm Beach and Miami, have not shown price growth even remotely close to these figures, but these are areas in which property prices have recovered very significantly in past years, so it is explainable.

To learn more about the Florida market for investors or to purchase investment properties that create ROI in Florida, contact 9 Core Realty today!