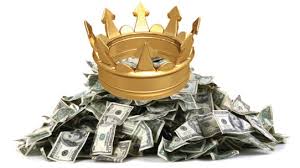 Cash deals are by no means dead, but they aren’t dominating the South Florida housing market the way they once did.

In the second quarter, 46 percent of the home and condominium sales in Broward, Palm Beach and Miami-Dade counties went to cash buyers, down from 49 percent a year ago and from 62 percent in 2014, according to ATTOM Data Solutions, a research firm based in Irvine, Calif.

Cash sales peaked in the first quarter of 2011, when more than seven out of 10 deals didn’t involve a loan.

Investors descended on South Florida in 2011 and 2012 as the six-year housing bust was ending. With prices hitting bottom, bargain hunters with fistfuls of cash scooped up foreclosures and short sales for pennies on the dollar.

The competition was so fierce that some real estate agents were telling clients who needed mortgages that they had little hope of winning bidding wars for the homes. Sellers much prefer cash to financing because they know the deals are likely to close more quickly and with fewer hassles.

Today, though, with values rising and distressed homes in short supply, investors who remain in the market are all competing for the same few properties.

During and after the housing bust, lenders tightened underwriting standards, making it difficult for first-time buyers and others to qualify for mortgages. But those requirements have gradually loosened as the housing market has recovered, allowing more buyers to take advantage of historically low interest rates.

Housing analysts expected the Federal Reserve to increase rates this year. But instead, the Fed has only “tweaked” them, keeping the market favorable for financing.

A typical buyer with good credit can still secure a 30-year, fixed-rate mortgage of less than 4 percent. A 15-year mortgage can earn an interest rate in the 3.25 percent range..

In many cases, buyers are wealthy enough that they don’t require mortgages, but they’re choosing to get financing anyway because they can put their money to better use elsewhere.

Family homebuyers are realizing the benefits of mortgages, condo sales in South Florida are still predominantly all-cash due to financing restrictions.

Government-backed mortgage companies Fannie Mae and Freddie Mac won’t insure loans in buildings with too many investors or where the condo documents don’t sufficiently detail the amount of available reserves.

Those rules, put in place during the housing collapse, have been relaxed in recent years but are still a major factor in why most condo sales are for cash.