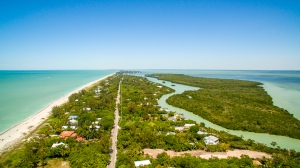 But the total value of property in the county is still about $10 billion behind what real estate was worth a decade ago, right before the Great Recession.

Fort Myers had the highest percentage increase of the municipalities with almost 8.1 percent, closely followed by Cape Coral’s 7.9 percent. San Carlos Fire District’s 9.4 percent was the largest increase of districts that use property taxes to raise money.

The figures are the first look that local officials get at how much property values increased. The increased valuation means more money can be raised by keeping taxes at the same rate or even lowering the rate to receive the same amount of money next year.

The total value of property in Lee County as of Jan 1 was $103 billion. After exemptions and other allowances, the total taxable value is $72.3 billion.

New housing developments east of Interstate 75 along Bonita Beach Road and other projects account for $214 million of the increase, compared to an increase of $339 million to Bonita’s taxable value in the 2016 tax year.

Growth is picking up in Cape Coral. Florida’s 10th largest city added almost a billion dollars in taxable property over the last year.

At 7.87 percent growth, the city went from $12 billion to just shy of $13 billion in taxable property values. Fueling that growth, in part, was $277.5 million in new construction. That’s $80 million more in construction than in 2015.

Estero had the lowest percentage increase of any municipality in the county at 4.64 percent.

Even so, the preliminary reports shows the village with a $283 million increase from 2016, bumping the total taxable property in the village to $6.38 billion.

New construction of homes and businesses account for more than half of the increase.

New development, the village’s location and the continued increase of people flowing into Southwest Florida all play a part in increasing property values.

Total taxable value at Fort Myers Beach increased 4.84 percent, to $3.2 billion, an increase of about $150 million compared to the previous year.

Property values increased for the fifth straight year in Fort Myers. By percentage, the Fort Myers tax base grew more than any other municipality in the county

The city of Sanibel, which has the lowest property tax base in the county, had values increase by 5.87 percent.

Total taxable property values in the city is just over $5 billion, a 5.87 percent over last year.

To learn more about property values throughout SWFL contact a member of the 9 Core Realty team!