Buyer demand continues to increase, yet the inventory of homes for sale remains tight in many local markets. That’s putting upward pressure on median prices and sometimes results in multiple offers. By working closely with a Realtor who knows local market conditions and trends, consumers have an expert in their corner whether selling or looking to find their dream home.

The statewide median sales price for single-family existing homes in 1Q 2017 was $226,000, up 10.7 percent from the same time a year ago, according to data from Florida Realtors Research department in partnership with local Realtor boards/associations. The statewide median price for condo-townhouse properties during the quarter was $167,000, up 9.2 percent over the year-ago figure. The median is the midpoint; half the homes sold for more, half for less.

A shortage of both new and existing homes for sale throughout much of the state continues to drive the Florida housing market narrative in 2017. New listings of existing single-family homes in the first quarter were only up one percent relative to the same quarter last year, while the number of closed sales increased by over five percent, thanks in large part to a record-breaking March.

Homes are also selling faster this year. Half of the single-family homes which sold so far in 2017 went under contract in 50 days or less, which is nearly a 6 percent drop from the 53-day figure reported at this point last year. Based on these figures, it’s not altogether surprising that the current supply of single-family homes for resale is down by about 5 percent, year-over-year. The rate of new construction in Florida, meanwhile, is increasing but is still well below its historical norms, so relief is not on the immediate horizon.

In 1Q 2017, the median time to a contract (the midpoint of the number of days it took for a property to receive a sales contract during that time) was 50 days for single-family homes and 55 days for condo-townhouse properties.

Inventory was at a 4.1-months’ supply in the first quarter for single-family homes and at a 6.3-months’ supply for condo-townhouse properties, according to Florida Realtors.

According to Freddie Mac, the interest rate for a 30-year fixed-rate mortgage averaged 4.17 percent for 1Q 2017, significantly higher than the 3.74 percent average recorded during the same quarter a year earlier.

To learn more about the current state of the Florida real estate market, contact an expert member of the 9 Core Realty team.

A macro look at the U.S. and global economies indicates the US real estate markets are remaining stable and should do the same for at least six months to two years. Or until an unforeseen major economic event occurs. It can be a challenge just keeping track of emerging changes in a single market such as real estate. Still, it’s good to periodically look at the whole picture to see how it is likely to affect individual investment decisions.

Stable and normal doesn’t mean it’s good for everyone or every geographical location. But it does show some predictability. Top tier markets such as Manhattan and San Francisco have reached a pinnacle causing a slowing in investment because of diminishing returns. This causes a shift of big money into smaller markets. Smaller investors will do well to seek out these tier 2 markets to follow the money.

Changes in the Foreign Investment in Real Property Tax Act (FIRPTA) now allows foreign investors to be treated in a fashion similar to their U.S. counterparts. This will likely lead to an increase in foreign investment in the U.S. real estate market as well.

To learn more about the current state of the US real estate market contact 9 Core Realty today!

It’s good to be a home seller right now … really good. That’s because it’s the most profitable time to sell a home in almost 10 years. Homeowners who sold in the first three months of this year saw an average price gain of $44,000 from purchase, according to a recent report from Attom Data Solutions. That’s the highest gain since 2007.

Homes in more expensive markets have seen the highest average price gains so far this year, the report found. Sellers in San Jose, California, saw an average price gain of $356,500, followed by those in San Francisco with a gain of $276,750.

Even in a seller’s market, homeowners aren’t necessarily in a hurry to list their homes. Sellers in the first quarter of this year had lived in their home for an average of almost eight years. From 2000-2007, the average homeownership tenure was around 4.26 years.

After the housing crisis, many homeowners were underwater and had to stay put until they could rebuild their equity. Now, tight inventory levels have made some owners hesitant to sell because they fear they won’t be able to find a home to move into.

Other homeowners are simply relishing the home price appreciation and expect it to keep going.

While strong price gains are good news for homeowners, it means buyers really have to step up their game in order to compete.

Not only are home prices rising, they’re moving fast. On a national level, homes sat on the market for an average of 45 days in the first quarter, down from 84 during the same time period in 2011, according to data from Clear Capital.

In the five fastest-moving markets, homes are on the market for less than 21 days.

But not all homeowners are swimming in equity and have buyers lining up around the block. While home prices have exceeded pre-recession levels in more than half of U.S. housing markets, 46% still haven’t returned to their peaks.

In Las Vegas, home prices are 26% below their pre-recession high and in Miami and Baltimore, they are 22% below.  To learn more about the current state of the real estate market in your area contact the 9 Core Realty Team.

Check out any one of the many national home price reports, and headlines scream of new peaks and growing gains each month. Home prices are rising faster than inflation, faster than incomes and faster than some potential buyers can bear. Those reports are heavily weighted toward large metropolitan housing markets.

In fact, most of the U.S. housing market has not recovered from the epic crash of the last decade.

Only about one-third of homes have surpassed their pre-recession peak value, according to a new report from Trulia, a real estate listing and analytics company. Price growth in most markets is so slow that it will take about eight years for the national housing market to fully recover — that is, for all home values either reaching or surpassing their previous peaks.

Huge price gains during the last housing boom were juiced almost entirely by an incredibly loose mortgage lending market that no longer exists.

To say that the housing recovery has been uneven is an understatement. Some markets that have seen huge employment and population growth in the last decade, such as Denver, Seattle and San Francisco, lead the news with bubble-worthy headlines.

Not only have home prices there surpassed their recent peaks, they continue to rise at double-digit paces. Nearly all the homes in Denver and San Francisco (98 percent) have exceeded their pre-recession peak, according to Trulia. Other less obvious markets, like Oklahoma City and Nashville, Tennessee, have also seen the prices of most homes surpass their peak.

The intuition here is this: “Housing is what economists call a ‘normal good,’ so when incomes rise, households tend to spend more on housing, which pushes up prices,” wrote Ralph McLaughlin, Trulia’s chief economist, in the report.

More people create more demand, which can push prices higher if there is not enough supply. Colorado Springs, Colorado, is a good example of that: Population has grown dramatically in the last decade, but incomes have not followed pace. Home prices are near their pre-recession peak there and continue to rise.

The very limited supply of homes for sale has dominated the narrative in this spring’s market and also been blamed for bubble-like prices in some areas. That is definitely a factor, but only at certain price points and in certain areas.

Overall, the housing recovery has been limited to a mix of markets in the West seeing huge economic growth and in parts of the South where the housing crash didn’t hit as hard. Outside of major markets, the recovery is strongest in the heartland and the Pacific Northwest, which are both seeing bigger employment and income growth. 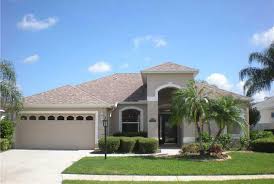 March turned out to be one of the strongest month’s real estate experts have seen in a long time for sales of existing homes in the Sunshine State. Sales for both single-family homes and for townhouse-condo units in March marked the fourth-highest monthly total for any single month over the past decade.

The data shows that inventory levels in the more affordable price tiers continue to fall, especially in the case of single-family homes. The number of active single-family home listings was down almost 5 percent year-over-year at the end of March. As a result, the single-family sector remained a seller’s market, though the inventory situation in the townhouse-condo market appears more balanced.

Nationwide, Americans purchased homes in March at the fastest pace in over a decade, a strong start to the traditional spring buying season.

Sales of existing homes climbed 4.4 percent last month to a seasonally adjusted annual rate of 5.71 million, the National Association of Realtors said. That was the fastest sales rate since February 2007.

The U.S. housing market faces something of a split personality: A stable economy has intensified demand from would-be buyers, but the number of properties listed for sale has been steadily fading. The result of this trend is prices rising faster than incomes, homes staying on the market for fewer days, and a limit on just how much home sales can grow. It’s a situation that rewards would-be buyers who can act quickly and decisively.

The pace of sales the state saw in March is unsustainable. Sales may be soaring, but inventory isn’t.

The inventory shortage largely reflects the legacy of a housing bubble that began to burst a decade ago.

Foreclosed properties were snapped up by investors who turned the homes into income-generating rentals, depriving the market of supply. And many owners who escaped the downturn unharmed chose to refinance their mortgages at extremely low rates, possibly making them hesitant to move to a new house that could increase their monthly costs.

This mismatch between supply and demand can be seen in two simple figures tracked by the Realtors.

Sales have risen 5.9 percent over the past year, but the inventory of homes for sale has fallen 6.6 percent to 1.83 million properties. This means there are essentially more buyers chasing fewer properties.

The consequences can be seen in home values and days on the market. The median sales price in March climbed 6.8 percent over the past year to $236,400, significantly outpacing wage growth. And it took an average of 34 days to complete a sale, compared to 47 days a year ago.