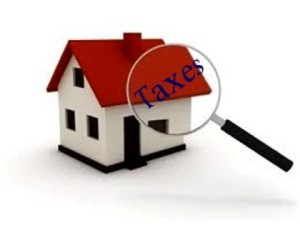 The Protecting Americans from Tax Hikes Act of 2015 (“PATH Act”) included a number of significant changes to the U.S. federal income tax rules related to real estate investment trusts (“REITs”) and investments by non-U.S. investors in U.S. real estate (commonly referred to as “FIRPTA”). The PATH Act changes raise practical questions regarding both their direct impact and their interaction with other existing provisions especially when buying investment land for sale. This series of blog posts addresses questions of significance relating to the REIT and FIRPTA changes in the PATH Act. This post focuses on the U.S. tax rules for “qualified foreign pension funds” investing in U.S. real estate.

The PATH Act alters the treatment of certain foreign pension funds and their subsidiaries. Distributions or dispositions of a United States real property interest (“USRPI”) by a qualified foreign pension fund (or a blocker, for this purpose a wholly-owned non-U.S. subsidiary of such a fund, formed in any jurisdiction) on or after December 18, 2015 generally are no longer subject to withholding or tax under the FIRPTA regime. This is a welcome change, since it reduces the disparity between non-U.S. and U.S. pension funds with respect to investments in USRPIs. However, the general FIRPTA exemption does not mean that the qualified foreign pension funds can invest in any USRPI without any exposure to U.S. federal income tax. A qualified foreign pension fund will be subject to U.S. federal income tax on its net “effectively connected income” (“ECI”) if an election is made under Section 882(d) to treat such rental income as ECI, and, if no election is made, such rental income will be subject to gross basis U.S. federal withholding tax generally at 30% unless reduced by an applicable treaty. Well-advised non-U.S. investors typically find the ECI election for rental income beneficial as it typically results in an overall lower U.S. federal tax cost. However, the election also requires the non-U.S. investor to file U.S. federal income tax returns, and therefore, investing through a blocker is often thought to be beneficial as only the Blocker needs to file U.S. federal income tax returns, and not the ultimate non-U.S. investor when deciding how to purchase land for sale.

Prior to the PATH Act, the Section 882(d) election was largely irrelevant to the consequences of a sale of a USRPI since such a sale was subject to U.S. federal income tax either as the sale of an ECI generating asset or as a USRPI sale subject to FIRPTA. Following the PATH Act, however, this calculus changes significantly if a qualified foreign pension fund or its blocker makes the Section 882(d) election and generally recharacterizes the USRPI from a capital asset to an ECI generating asset, then the qualified foreign pension fund would be liable for U.S. federal income tax on the gain resulting from the sale, even if no liability would arise under FIRPTA. By contrast, if the Section 882(d) election only recharacterizes the rental income generated by the USRPI as ECI, then the FIRPTA exemption would mean that gain on a sale of the USRPI generally would escape U.S. federal income tax, with limited exceptions including depreciation recapture as discussed below.

While there is limited precedent, it would appear that the IRS would take the view that a Section 882(d) election does not change the character of the underlying asset. In Revenue Ruling 92-74 and a private ruling from 1990, the IRS ruled that the Section 882(d) provisions should be analyzed identically to the Section 871(d) provisions (which deal with non-U.S. individuals), referring to Treasury Regulations Section 1.871-10(c)(2), which states that real property or any interest in real property subject to a Section 871(d) election will still be treated as a capital asset for all other purposes of the Code. Therefore, this authority suggests that gain recognized on the sale of a USRPI generally may not be recharacterized as gain from the sale of ECI generating assets as a result of the Section 882(d) election. It is not clear whether or when the IRS might update or clarify this authority in light of the PATH Act (which as discussed above makes the answer to this question more relevant than it was under prior law).

A very important caveat to the discussion above is that notwithstanding the answer to the question about the effect of the Section 882(d) election, depreciation recapture nevertheless would be subject to U.S. federal income tax on a sale of a USRPI, even if capital gains on such dispositions may not be. Section 1250(a)(1)(A) and Treasury Regulations Section 1.1245-1 provide that tax on depreciation recapture is owed even if, in the absence of the depreciation recapture rules, there would be no tax owing on the transaction, and nothing in the analysis above or the PATH Act would appear to alter this result.

To learn more about how the PATH act will affect your foreign investments in the US visit 9 Core Realty on the web.