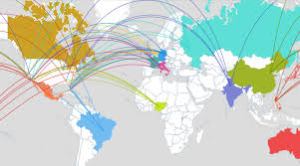 Thousands of foreign buyers are buying investment land across the United States.  Florida is the number one region for sales, holding twenty-two percent of the foreign market.  According to the National Association of Realtors (NAR) who conducted a survey involving 4,000 real estate sales of foreign buyers, found that Florida’s greatly reduced prices created a good investment.

The realtors association estimates total international sales from Chinese buyers were $22 billion in the twelve months that just ended in March, 2015.  They report the Chinese are buying luxury homes in Southwest Florida because they are a bargain compared to the $1.5 million they might pay for a small condominium in Hong Kong.  They report that some are paying cash and buying sight unseen. Many are parents who are buying homes in the U.S. for their children to attend college.  Canadian buyers spent almost $14 billion and Mexican buyers spent approximately $4.5 billion in purchases.

Condos are sought after by seasonal and older buyers, causing a short supply of housing to purchase. While supplies are still shrinking, inventory fell by only 5% over the past year.  Supplies have been constraining sales, now they are easing.

NAR suggests that 2015 is starting strong.  Closed sales in all price categories above $300,000 increased in 2014 by double digits, with the $2 million and above price category experiencing the highest increase. The NAR figures indicate that the SWFL regions market prices continue to rise as inventory stays low.  Properties, especially near the beach, are selling faster and closer to the sellers’ asking price.

If you are an international looking to buying land in Florida, contact the state’s premier land investment firm, 9 Core Realty at (239) 333-2221.