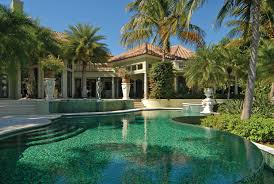 Naples was the 10th most popular city in April for searches by international real estate for investors, according to a survey recently released by Realtor.com International. With a population of 20,000, the city is David vs. Goliath on the list, which except for Naples consists of large metro areas: No. 1 is New York, followed by Los Angeles, Miami, Orlando and Las Vegas.

Among Canadians, Naples is even higher on the wish list: fifth, after Fort Lauderdale, Las Vegas, Los Angeles and Miami. Naples and the rest of Southwest Florida have always been favored destinations for Canadians who want to escape that country’s brutal winters. Naples’ high prices and elite reputation may play a role in the popularity of that city in particular.

Among foreigners who actually buy Florida land investments and homes , Canadians are by far the largest group: 8 percent of Lee County’s properties sold each year are bought by foreigners – three-quarters of them Canadian. In Collier, of the 6 percent of homes foreign owned, Canadians make up two-thirds.

Canada’s the only country that has Naples in its top five, but Miami is on most of the other countries surveyed by Realtor.com. That’s especially true of South American and Caribbean buyers. With volatile economies in their homelands, South Florida investment real estate is considered a secure place to invest one’s money.

To learn more about the SWFL real estate scene or to view any of our SWFL land investments, contact a member of the 9 Core Realty Team at (239) 333-2221.