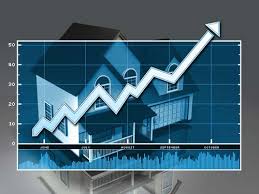 The median price of an existing single-family home in Lee and Collier counties increased sharply in October compared to a year earlier along with Cape Coral land prices.  In Lee County, the median rose 17.3 percent from $157,000 to $184,175, according to statistics released by the Realtors Association of Greater Fort Myers and the Beach.

Area real estate experts feel that even with such a robust surge in Florida land sales prices, there isn’t the danger of a bubble similar to the last boom’s over-heated market in 2005.  It would take annualized increases of 20 percent for five years to get us up into the territory where the region was (at the peak of the boom and currently the area isn’t even close to a danger bubble.

The rate of increase in prices is actually slowing but the market will stay strong this winter with omens such as six feet of snow in Buffalo, N.Y.   Experts feel the region is poised to have a very, very good season.  To learn more about the SWFL real estate market contact a member of the Gratia Group team at (239) 333-2221.