During your research into a parcel of investment land for sale you have probably run across the term “plat” associated with it.  Plat is a term for a survey of a piece of land to identify boundaries, easements, flood zones, roadway, and access rights of way.  It is the legal description of a specific piece of real property and is required if land is to subdivided for building homes, creating parks, and setting aside rights of way.  Any change to the plat creates a replat which is still a plat.

This makes it sound like every piece of land is platted but that isn’t the case.  Platting only occurs in subdivided land and finding out if your property is platted is pretty simple.  If the deed describes the land by lot numbers within a subdivision, it has been platted.  If the land is described using metes and bounds, it has not been platted nor subdivided.

When you are purchasing property the title company will often include a plat map of the subdivision and parcel with the preliminary title paperwork.  This is very important to read and keep for future development on that property and to learn exactly where easements and other set asides are placed to eliminate any future headaches and extra work if the municipality comes in with a new roadway or utilities.

The plat map provides you with a tract number and probably the name of the subdivision itself if the builder has given one.  The lot numbers for each parcel in the subdivision will be shown along with the approximate lot dimensions.  The plat map shows you the shape of the parcel, an especially good piece of information if it is irregular.  Pie shaped and many sided parcels may have been carved out depending on the shape of the original investment real estate.  The plat map gives approximate dimensions, great to know for sellers and buyers.  The plat map also includes the builder’s lot number and a parcel number assigned by the county assessor’s office.

The definition of a plat pretty much tells you why plats are used.  The term is a way to describe land in a way commonly used across not only the real estate and building industry, but also for legal purposes. Most states and local jurisdictions require subdivided lots to be platted prior to building or sale.  As you may have guessed, platting has fees associated with it.

Understanding plats is one of the most basic requirements of dealing in real estate.  The plat tells you exactly what you are buying, what you have to sell, and what to take into account while planning the development of that lot.  To learn more about plat maps give Gratia Group a call at (239) 333-2221. 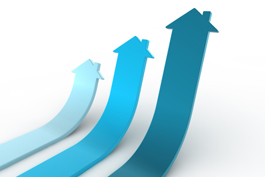 Housing starts in Southwest Florida spiked sharply in the second quarter, according to a report issued by housing data provider Metrostudy.  Overall, starts in Lee and Collier counties increased 11.4 percent from 778 single-family homes in the first quarter to 867 in the second, according to Metrostudy, which tracks new-home construction in subdivisions in the Fort Myers-Naples area and other markets around the country.

Also, Collier has almost caught up with its larger neighbor Lee, accounting for almost half of the starts so far this year.  The strong showing in Southwest Florida was part of a pattern in which some of the most ‘beaten-down’ markets such as the Cape Coral property scene are now doing better.

It’s important to remember that the current pace of new-home construction is still a shadow of what it was before the housing boom collapsed in late 2005.  By year’s end the region is going to get around 8,500 single-family permits for Lee, Charlotte and Collier counties.  That’s far from the 45,000 the region had at the peak (2005); it’s far from the 10,000 the area had in the year 2000.  as you can see Florida land sales and home starts are on the rise!

This week Gratia Group is excited to announce a newly listed Featured Lot Package of the Week, a great deal in Port Charlotte, Fl.  Located at 2102 Tea Street, Port Charlotte, FL 33948 this undeveloped Port Charlotte land for sale is a perfect find for an investor wanting to build their real estate portfolio.  Listed at only $34,000 this lot is sure to sell fast.

The zone on the Gulf of Mexico from Venice to Port Charlotte is world famous for its fishing, beaches and beautiful climate.  Now it is also one of the best places in the US to find profitable land and waterfront property investment opportunities.  The real estate market meltdown is over and land prices have started to rise quickly after reaching bargain levels across the board, usually down 60% to 90% since August 2005.  Home prices are moving up and home inventories very low, at seller’s market levels.  The Port Charlotte land market has also seen a great upswing.

It’s a big week for investors as we feature a great lot the highly desirable Northwest Cape Coral, Burntstore area as the Gratia Group Featured Lot Package of the Week.  This Cape Coral land for sale is located at 1255 Old Burnt Store Road Cape Coral, FL 33993 and is situated on a canal with highly sought after Gulf access.

This lot isn’t only located in one of the most up and coming areas in the “Cape”, but also feature gulf access, a rarity in this area.  Lots are selling quickly in the NW Cape and listed at $60,000 this lot is sure to close fast!  Investors have found great success in purchasing property in Cape Coral, particularly the northern section of the largest city in Southwest Florida.  A hot spot for boaters, golfers, fishing enthusiasts and those that love the natural beauty of South Florida, Cape Coral is home to a large population of foreign investors.  Don’t miss out on owning a piece of paradise!  Contact Gratia Group today to find out about this ROI producing Cape Coral lot or others in our land catalog by calling a member of the expert land team at (239) 333-2221. 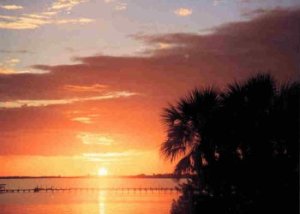 Foreclosure rates have continued to trend downward in Southwest Florida, but they remain among the highest in the U.S., a new report indicates making it a great time for buying Florida land at low prices.  The rate of foreclosures among all outstanding mortgages in Lee fell to 4.31 percent in June, from 7.65 percent a year earlier, per data provider CoreLogic’s recent report.  The foreclosure rate in Charlotte County, dropped to 5.17 percent, from 7.95 percent.

Despite the declines, Lee posted the 16th-highest foreclosure rate in the U.S., while Charlotte came in at 25th among more than 400 metro areas measured.  Florida land sale and exisiting home foreclosure rates were 5 percent in June, but that was down from 8.52 percent a year earlier. The state has dominated foreclosure rolls for much of the past five years.  At the same time, the U.S. rate declined to 1.70 percent, from 2.50 percent over the year.

Foreclosure rates throughout the region have fallen for much of the past year, as the real estate market has recovered and more homeowners have held on to their properties.  The foreclosure rate in Charlotte peaked at 12.23 percent in June 2011, according to CoreLogic.  Lee hit a high of 11.93 percent in February 2010.