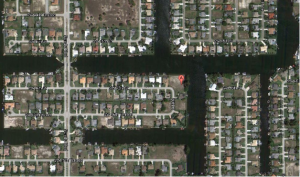 Gratia Group is happy to release a new Featured Property of the Week, a double lot with great views in SW Cape Coral.  This Cape Coral land for sale located at 4601 SW 26th Place Cape Coral, FL 33914 is in one of the most popular areas of the Cape for investment purchases.  Located on a highly desirable Gulf Access canal and a corner lot, this parcel is priced great for the area at $259,000 and will sell fast!

Southwest Cape Coral is one of the most up and coming areas of Cape Coral and land and lots for sale in this area sell fast as development in the region is on the rise.  The SW Cape is home to make parks, schools and shopping making it a very hot area for families and couples.  Located just a short drive from the nightlife of downtown Cape Coral and Fort Myers, the area is quite a convenient choice when purchasing Cape Coral lots.

The question of value is something that people selling and buying lots and acreage for sale struggle with.  What makes one piece of land more valuable than another?  You must consider this question: is the land a better value because it has more features, or is it a better value because it’s cheaper?  Some additional questions and considerations about property value should be: is this parcel more valuable because it’s closer to a city, or is this other property better because it has a beautiful view?  What if a piece of land has neither of these things, but it is close to land your family already owns?

The simplest explanation of the market value of a home site is that it is worth whatever people are willing to pay.  If someone is willing to pay $10,000 for a piece of property, that property is worth $10,000 and it is assumed that all properties around the first parcel are also worth around $10,000.  A few months later, a property several miles away may sell for $5,000.  The parcels between these properties are re-valued at $7,500, between the two prices.  This system of basing land values on nearby, comparable sales is something that real estate agents frequently use to place a value on a piece of land.  But this is really little more than an educated guess. 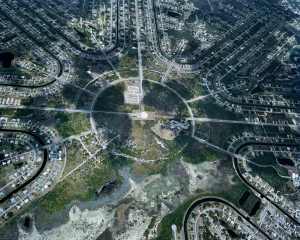 Rotonda West is the site of this week’s Gratia Group Featured Land Package of the Week!  The property located at 1123 Rotonda Circle Rotonda West, FL 33947 is located on a freshwater canal and listed at only $35,000.

Rotonda West contains 8,000 home sites with over 5,000 homes completed and is experiencing rapid growth and features the hottest Florida land sales.  Residents are predominantly full-time homeowners and their families, as well as tenants and those who winter in the community.  Many investors have found common ground in the city, building up portfolios through many great deals.

Thirty miles of picturesque canals, lakes and ponds wind through the community and offer fishing and boating opportunities for its residents.  Many exotic and beautiful birds call Rotonda West home, as it is a designated Bird Sanctuary.  Nearby recreation facilities, beaches, theaters, sporting events, and fine restaurants are keep residents of Rotonda West busy!

To learn more about this priced to sell Gratia Group Featured Lot Package of the Week and how to purchase land, contact a member of the Gratia Group team at (239) 333-2221.

According to a profile of international home buying activity released by the National Association of Realtors (NAR), total international home sales were estimated at $92.2 billion from April 2013 through March 2014, up from the previous period’s level of $68.2 billion.

Foreign buyers are being enticed to U.S. real estate because of what they recognize as attractive prices, economic stability, and an incredible opportunity for investment in their future.

Approximately 65 percent of purchases by foreign investors over the year involved a single-family home, with 42 percent used as a primary residence.  Because non-residents are limited to six-month stays in the country, most buyers use their properties for vacation or rental purposes or as an investment, NAR says.

While interest in U.S. housing spans the globe, NAR reports the greatest amount of activity came from buyers in Canada, China, Mexico, India, and the United Kingdom, which together accounted for nearly 54 percent of all reported international transactions last year.  Canada held on to the largest share of purchases at 19 percent, while China took the lead in dollar volume, purchasing an estimated $22 billion.

According to the group, among foreign investors and buyers, Europeans last year tended to flock toward the warmer climates of Florida and Arizona, while Asian buyers were drawn to the West Coast.  Buyers from all countries showed greater preference toward areas where there were already concentrations of people of their own nationality.

NAR also found that nearly 60 percent of reported international sales were all cash, nearly double that of domestic purchases. “Mortgage financing tends to be a major problem for international clients due to a lack of a U.S. based credit history, lack of a Social Security number, difficulties in documenting mortgage requirements and financial profiles that differ from those normally received by financial institutions from domestic residents,” the association explained.